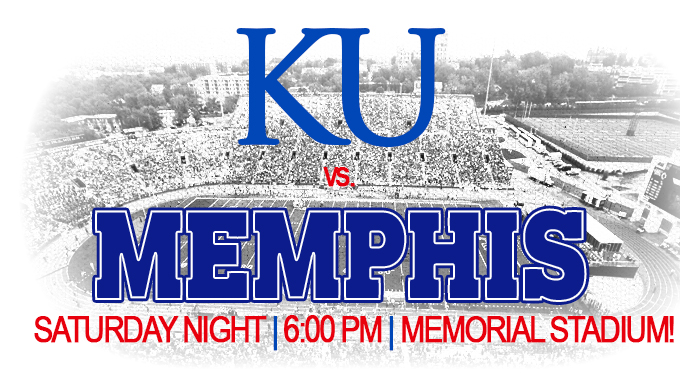 The 2015 Kansas Jayhawks football team entered the season with little expectations from its fanbase. Fan were hoping for the best, but in some cases, one, maybe two wins was the consensus.

Starting the season against FCS opponent South Dakota St., was surely one of the few wins on the plate for Kansas, but as the game began to work its way into the second quarter, it didn’t look good for KU.

A 31-17 halftime lead for SDSU brought on the moans and groans from fans who long for the days of Todd Reesing, Dezmon Briscoe, Aqib Talib, and Orange Bowl titles.

New coach David Beaty has shown that his players are ready to fight for him and not give up despite being down against opponents, which wasn’t the case in many cases under former coaches Turner Gill and Charlie Wise–who incidentally is making $2.5 million this year from Kansas.

This type of effort was on display, Saturday, as the Jayhawk offense finally kicked it into gear and got within 3 at 41-38 with a chance to kick a game-tying field goal with time clicking off.

In somewhat typical (recent) KU fashion, the Jayhawks fumbled a snap which was meant for spiking the ball to stop the clock and allow the field-goal team to get themselves lined up. QB Montell Cozart dove down to get the ball and spike it, but with a knee down, the ball in his hands, and his body resting against the leg of his center, Cozart was ruled down by contact and the clocked ticked to 0. Game over.

It was the culmination of what has plagued the Jayhawks for 5 seasons and a plethora of bad losses. At this point, getting blown out by powerhouses such as Baylor and TCU isn’t nearly as painful as losing to a school which recorded its first win over an FBS team.

Beaty has a tremendously tough project ahead of him. After having to remove several players from the program, players expected to play, the Jayhawks are running with not much in the cupboard. Cozart appears to have the athleticism and total package of talent as far as being able to run and pass, but the loss of Michael Cummings may have been the toughest for the Jayhawks to swallow prior to the start of the season.

Saturday’s loss wasn’t the only news Kansas made. During halftime of rival Kansas State’s opener, the KSU band formed a clearly displayed Jayhawk eating what appeared to be the USS Enterprise from the TV show/movies, Star Trek. However, the space ship wasn’t quite as clear to the eye and it was deemed to potentially be something inappropriate.

The Big 12 conference didn’t take kindly to the display, and Kansas State eventually would suspend the band director for the game against KU, and force the University to pay a $5000 fine.

Some will look at it as humorous (even some KU fans), but many are upset–at the end of the day it adds to an already historically long rivalry between the two schools. Both programs trade barbs, as KSU is much more known for its football program, while KU is considered one of, if not the all-time greatest basketball programs.

Up next for the Jayhawks is a home game against Memphis, which ESPN gives Kansas a 34% chance of winning–the highest percentage for any of its remaining games this season, which means there is a decent chance KU goes 0-12 this season.

Tickets are available for Saturday, September 12, at Tickets For Less. Plenty of seats remain and multiple affordable pricing options are available. With fall approaching, the smell of football is in the air and with a tremendous tailgating scene and game day atmosphere, head out to Kansas’ Memorial Stadium and cheer on the Jayhawks. Rock Chalk!