The University of Kansas already has some ties to notable actors like KU alumni Paul Rudd and Rob Riggle as well as KC native and Jayhawks fan Jason Sudeikis. Another famous actor appears to also have some love for Jayhawk Nation. 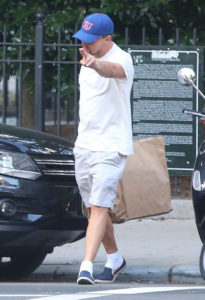 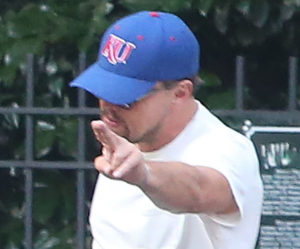 The University of Kansas gave the photo a shoutout on Twitter Friday afternoon, acknowledging the hat.

Why does Leonardo DiCaprio, who finally won an Academy Award in February, own a KU hat? Is the influence of Rudd, Riggle and co. spreading to others?

DiCaprio never went to college, as he dropped out of high school after his third year.

Tickets For Less is an Overland Park, Kans-based ticket reseller. We are one of the biggest resellers in the country of Kansas City Royals, Kansas City Chiefs, Kansas Speedway and Sprint Center tickets. To order, call 913-685-3322 or visit our website.