At the Cleveland Cavaliers’ 2016 NBA championship parade, LeBron James made note of a growing group of former Kansas players as he introduced guard Sasha Kaun.

This group, which Kaun now joins as the twelfth member, is the former KU players who have won NBA championships. Recently, a lot of them were role players on NBA teams, but others through history have had more central roles on championship-winning teams.

Kaun joins an elite group of only ten KU players to win the NBA championship. Our top five:

In the very last year of his career, Bill Bridges won an NBA championship.

The undersized power forward and his team, the Golden State Warriors, won the 1975 NBA title by defeating the Washington Bullets.

JoJo White is another in a long line of Jayhawks greats who went on to star for the Boston Celtics. White won two NBA titles with the Celtics in 1974 and 1976. He was named Finals MVP in the 1976 championship run.

White holds the Celtics franchise record for consecutive games played with 488. His number has been retired by the Celtics and he is one of only two Jayhawks to have their numbers retired by NBA teams.

Most of the players on this list have won NCAA titles for Kansas, but Paul Pierce is not one of them.

Pierce joined the Boston Celtics as the 10th overall pick in the 1998 NBA draft. He spent three years at KU. His clutch performances in the 2008 NBA Finals earned him and the Celtics an NBA title. Pierce was named Finals MVP, having averaged 21.9 points per game in the Finals that year.

With the Celtics, Pierce won the NBA championship with fellow Jayhawk Scot Pollard. Pierce played with Pollard in his college years as well as Jacque Vaughn. Vaughn is another Kansas NBA champion, winning the title with the San Antonio Spurs in 2007.

Lovellette died recently, March 9, after battling cancer. In his playing days, he won three NBA titles, making him the Jayhawk with the most professional championships.

Lovellette was one of the most versatile big men in NBA history. He averaged 17 points per game in his NBA career and won championships with the Minneapolis Lakers in 1954 and the Boston Celtics in 1963 and 1964 under legendary coach Red Auerbach.

“Wilt the Stilt” was one of the greatest players in NBA history, and he wasn’t bad in the playoffs either. Chamberlain won two NBA championships: one with the Philadelphia 76ers in 1967 and one with the Los Angeles Lakers in 1972. He was named Finals MVP while winning the title for the Lakers in 1972 after recording 24 points, 29 rebounds and eight assists.

Chamberlain had his number retired by all three NBA teams he played for. 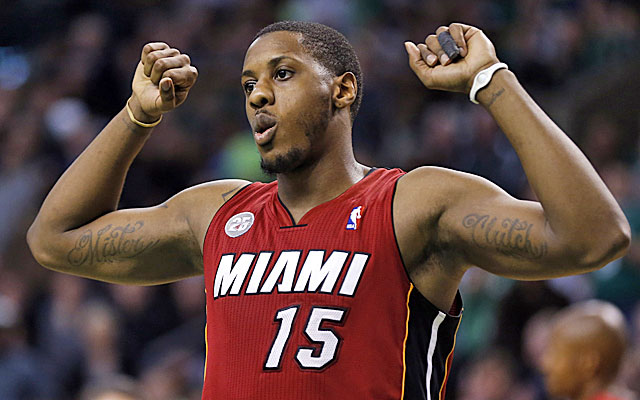 There are far too many NBA greats who have won NBA titles to put Chalmers among them, but among modern KU players Chalmers is one of the most successful. His contribution to the Miami Heat, especially from the three-point line, in the runs to two NBA titles in 2013 and 2013 was important. Chalmers played on the team which included LeBron James, Chris Bosh and Dwyane Wade.

Which Jayhawk was your favorite in their college days? Who would you have put in the top five?

Tickets For Less is an Overland Park, Kans.-based ticket seller. We are one of the biggest sellers in the country of Kansas Jayhawks, Kansas City Royals, Kansas City Chiefs, Kansas Speedway and Sprint Center tickets. To order, call 913-685-3322 or visit our website.