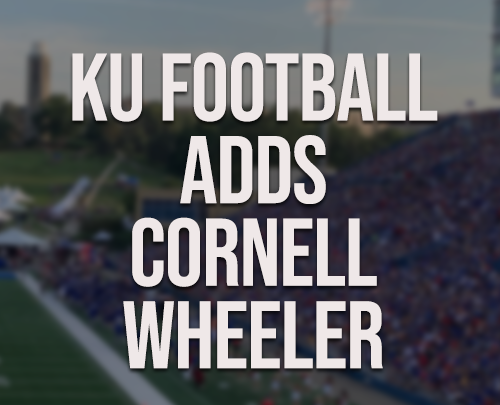 The Kansas football program received great news on Monday from one of their most coveted recruits coming into the 2021-22 season. Linebacker and Michigan transfer Cornell Wheeler announced his commitment to Kansas on Monday night.

At 6’0” 230 pounds, Wheeler is a force at the inside linebacker position. Known for his run stopping ability and football IQ, Wheeler should be an immediate starter for Kansas. The Jayhawks have limited depth at linebacker, so adding Wheeler is huge.

With the season fast approaching, the excitement surrounding the program and coach Lance Leipold is budding. Kansas will get the opportunity to open the Leipold era on Sep. 3 when they host South Dakota at Memorial Stadium.  | TICKETS