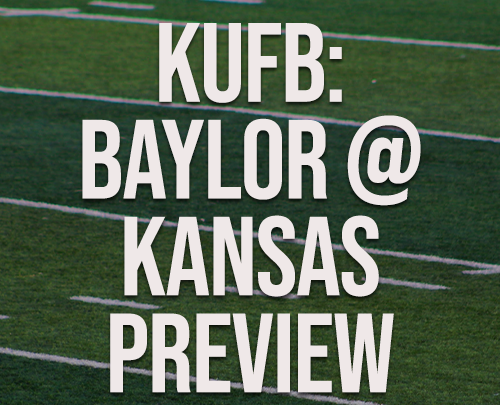 After a loss to No. 17 Coastal Carolina in the second week of the season, the Kansas Jayhawks are set to take on the Baylor Bears in what is a great opportunity for Kansas to tally their second win. | GET KU-BAYLOR TICKETS

Junior quarterback Jason Bean showed flashes of potential in both the pass and run games, tallying 189 yards through the air while rushing for 102 yards and two touchdowns. Another standout performer for the Jayhawks included true freshman running back Devin Neal, who recorded his first touchdown along with 40 yards on the ground. Super Senior Kwamie Lassiter II led the team in both receptions and receiving yards with seven receptions for 85 yards.

While the offense shined, it was the defense that looked struggled last Saturday. Coastal Carolina’s offense was too much for the Jayhawks, racking up 460 yards.. Quarterback Grayson McCall looked nearly flawless as he passed for 245 yards and two touchdowns.

The Jayhawks found themselves in a tight one into the second half, cutting their deficit to 28-22 deep into the third quarter. Coastal would then close the game on a 21-0 run to win, 49-22.

Baylor has started the season with a 2-0 record, and the squad is coming off of a 66-7 thumping of Texas Southern last week. The offense looked electric and efficient all day, with quarterback Gerry Bohanon leading the way with a 240 yard and three touchdown performance. The Bears also boasted three 100 yard rushers, with Abram Smith, Tristan Ebner, and Taye McWilliams all eclipsing the century mark.

Five of the Bears’ eight touchdowns were on the ground, with quarterback Gerry Bohanon adding two rushing touchdowns to his three in the air.

The Kansas Jayhawks are currently home underdogs for their matchup with the Bears on Saturday. With a tough Big 12 schedule coming up, this game and their next game against Duke are the two best chances for the Kansas Jayhawks to win another game.

Since 2015, the Jayhawks have only managed to win ten games, and the team hasn’t had more than three wins in a season since 2009. Under new head coach Lance Leipold, Kansas Jayhawk fans should be optimistic that change is coming, and that change could start this Saturday.

Kansas must limit mistakes, which they have done a great job of this season. The team has not committed a traditional turnover through two games. If Kansas can capitalize on third down and extend more drives, it should help slow down the Baylor offense. It would also put Kansas in a great position to pick up their second victory of the season. | TICKETS