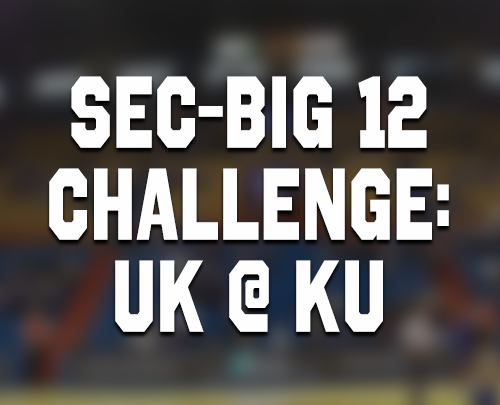 The Kansas Jayhawks men’s basketball team will host the Kentucky Wildcats at Allen Fieldhouse on Jan. 29, 2022. This matchup will be played as part of the SEC-Big 12 Challenge, as announced by the Big 12 Conference.

News broke of the game on June 23, but many experts had predicted the matchup would be happening earlier in the offseason. With it now set, the game on Jan. 29 will be the 34th all-time between the schools. Kansas defeated Kentucky, 65-62 last December, and has won four of the last five matchups overall. Kentucky leads the all-time series, 23-10.

With the SEC-Big 12 Challenge matchups being announced, Kansas now has it’s full nonconference schedule set for the 2021-22 season. The addition of Kentucky gives fans of the Jayhawks one of the most exciting schedules in the country.

As the official ticket marketplace of the Big 12 Conference, Tickets For Less will have tickets available to see Kentucky @ Kansas, as well as all Kansas basketball games this season. | TICKETS

Kansas opens the regular season on Nov. 9 against Michigan State in the Champions Classic. The Jayhawks will also renew their rivalry with Missouri on Dec. 11 in Lawrence. With the addition of Kentucky at home, those three games alone make for a fantastic schedule. But the big games don’t stop there.

Kansas will likely face Alabama at the ESPN Events Invitational over the Thanksgiving holiday, and they will also travel to take on both St. John’s and Colorado this season. Pair those matchups with what will be another wild Big 12 slate and the 2021-22 season could be epic for the Jayhawks.