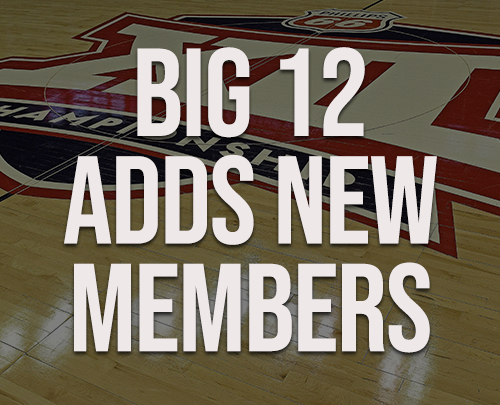 The addition will bring the total number of teams from eight to twelve after the departure of Texas and Oklahoma. The four universities are now set to join the conference no later than the 2024-25 athletic year.

While it might have seemed like a very sudden move, it was the right one. The additions came in response to powerhouse schools Oklahoma and Texas leaving the Big 12 to join the SEC.

After adding Oklahoma and Texas, the SEC will now become the clear power in the Power Five. For the Big 12, they faced losing their spot at the table, so they had to act quickly. By adding BYU, UCF, Houston and Cincinnati, the Big 12 has positioned themselves very well. They are arguably now stronger than the PAC12.

Cincinnati, UCF, and BYU will all add a significant boost to the football competitiveness in the Big 12. Houston should be a great addition to the basketball competition. Though it’s nothing like adding a Texas or an Oklahoma, it’s a step in the right direction for the conference. With twelve teams now set to be members, the Big 12 is only four members from being the same size as the SEC will be when Oklahoma and Texas join.

While losing Texas and Oklahoma is going to be tough, it is hard to argue against any of the new additions. Football clearly drives the revenue bus for college athletics. All four schools have spent plenty of time in the Top 25 in recent seasons across multiple sports. They each have strong national brands, with

Outside of football, the basketball programs at each school have all been strong as well, with Houston finding themselves in the Final Four just a season ago.

Recruiting should become a bit easier for the newly announced Big 12 programs, which will only help. It will also set up exciting new yearly matchups.