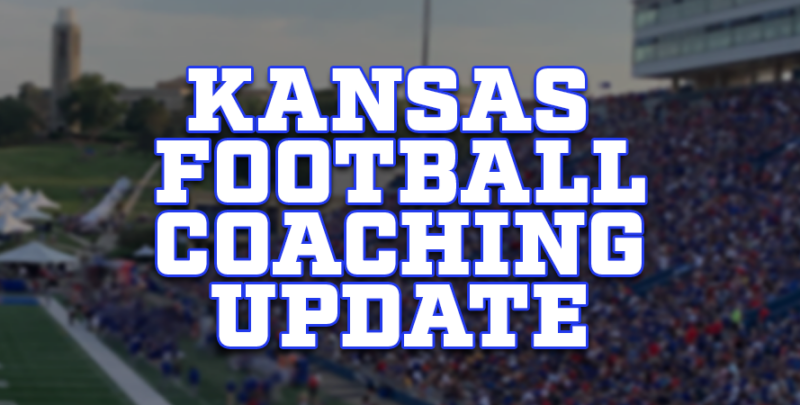 Leipold’s hiring hiring comes just 25 days after the university hired Travis Goff as their new director of athletics. Goff, a Kansas alumnus, said that he believes this is a tremendous day for the university.

“(Leipold) is a man of integrity, a developer of young men, a program builder and a winner,” said Goff. “His track record of sustained excellence is exactly what we were looking for in our next leader, and is what the University of Kansas and our fans deserve. His commitment to maximizing our student-athletes’ abilities and experience on the field, in the classroom, in the community, and in life after KU is inspiring. Those qualities will attract individuals and develop them into exceptional Jayhawks.”

Leipold has a long track record of success, something that he will attempt to replicate at Kansas. He went 37-33 in his six seasons at Buffalo, including 24-10 in his final three season. Leipold also finished 2-1 in bowl games at Buffalo.

Before Buffalo, Leipold spent eight seasons as the head coach at NCAA D-III Wisconsin-Whitewater. In his time in Wisconsin, Leipold finished with a record of 109-6 with six national championships. He was also named the national coach of the year six times, and he amassed 100 career victories faster than any coach in the history of the NCAA.

Leipold will have his work cut out for him at Kansas, but this hire feels right. He has been a fantastic head coach in his 14 seasons, picking up 136 victories, six D-III National Championships and a pair of bowl wins at Buffalo in three trips. In 2020, Leipold’s Buffalo team made history program history by making their way into the AP Top 25 for the first time.

If Leipold can continue his track record of turning programs around, the future is bright at Kansas. The Jayhawks have won just 21 of their last 136 games dating back to 2009, but Kansas has had back-to-back solid recruiting classes. If those players decide to stay and buy in to the new staff, Kansas has a legitimate chance of regaining the relevancy the program so badly desires.

With Goff leading the athletic department and Leipold leading the football program, Kansas fans should finally start seeing some light at the end of the tunnel.

Kansas will open the 2021 season and the Lance Leipold era on Saturday, Sep. 4 against South Dakota at Memorial Stadium. They will hit the road to take on Coastal Carolina the following week. Kansas will open Big 12 play against Baylor on Sep. 18.