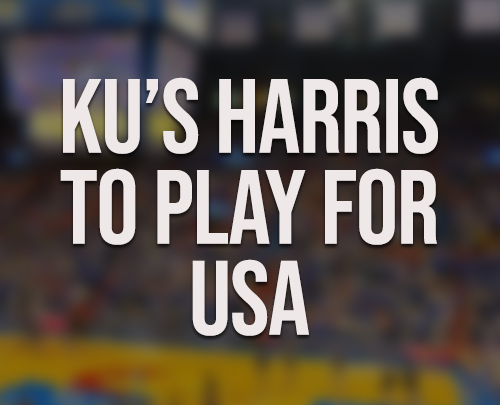 It was announced on Saturday that Kansas point guard Dajuan Harris would be travelling with the USA East Coast All-Star Red Team to Spain in August.

In addition to Harris, the roster will include multiple collegiate players. Buddy and Jimmy Boeheim of Syracuse, Matthew Turner of Western Connecticut State, Paul Mulcahy of Rutgers, Matthew Kelly of Assumption, Alyn Breed of Providence, Duke guard Joey Baker, Evan Battey of Colorado, and Patrick McCaffrey from Iowa will all participate. Harris is the lone Jayhawk on the team.

Joining head coach Larry Brown on staff will be Jim Engles of Columbia and Guy Rancourt of Western Connecticut State.

Dajuan Harris had a solid redshirt freshman season last year, leading the team in assists and steals eight times. Additionally, Harris boasted an impressive assist to turnover ratio of 2.7 in 30 games. This experience will undoubtedly be a great one for Harris, who will be in a real battle for playing time this season at Kansas.

Harris and the Jayhawks are set to tip off the season with an exhibition Nov. 3 against Emporia State at Allen Fieldhouse. Kansas’s first true home game of 2021 will be on Nov. 12 when they host Tarleton State. | TICKETS